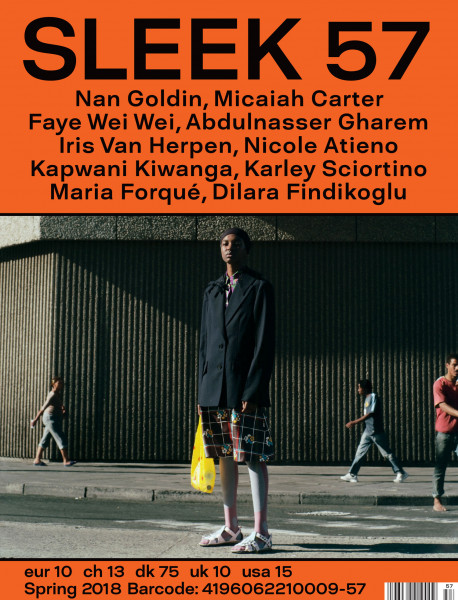 Welcome to the Spring 2018 issue of SLEEK

In 2018, art’s power as a form of sociopolitical expression has never been so obvious. But as momentum grows in one of the largest women’s movements of the modern age, an emerging refrain now is that “it’s gone too far”. In this issue of SLEEK, we’ve brought together a group of thinkers across the arts who offer a riposte to this view and present a new contemporary feminism that’s thriving in a post-shame world — proving that there’s no such thing as going too far.
FEATURING

- A conversation with Maria Forqué, the artist making a case for sex positivity.

- Nan Goldin’s photo series of her time addicted to OxyContin in Germany.

- An exclusive photo series by Micaiah Carter, the Brooklyn-based imagemaker renowned for his spotlighting of young black creativity.

- A visit to Iris van Herpen’s light-filled studio in Amsterdam.