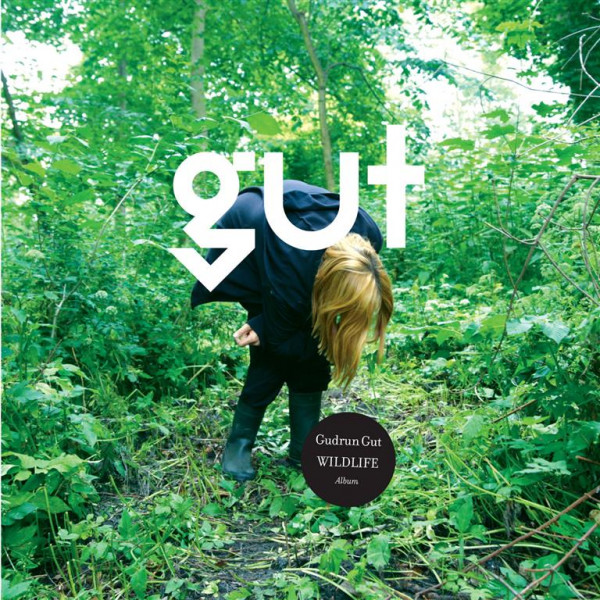 While the Western world celebrates Jean-Jacques Rousseau's 300th anniversary, Gudrun Gut, too, appears to be drawn "back to nature". Yet what a misapprehension that would be. Although nature plays a major role on Gudrun Gut's first album release since her outings with the Greie Gut Fraktion in 2009, "Wildlife" does not portray nature as a cosy ur-idyll, but rather as a realm filled with rough tenderness and its very own dangers. Nature is where the unforeseen might happen and new sights are set on the in- and exterior. In this spirit, "Wildlife" is no gesture of severance ("Okay, I'm off to the countryside!"), but rather one of biographical continuity via new means. After all, Gudrun Gut – in her guise as Berlin post punk activist, label owner, radio presenter or party promoter – has always been interested in gaps, niches and risky locations. Now, nature itself provides such a small and utopian niche; a place where "it" might happen in a very existential sense.

All of the album's tracks took shape in Gudrun Gut's Uckermark hideaway, an hour or two away from Berlin. During production, in autumn and winter, this landscape exudes an almost eerie calm, suggesting that the outside world's hectic universe of data and projects is no more than a figment of our collective imagination. Gudrun Gut took this silence in her stride – it did not make her nervous, but free, focused and productive. The Uckermark's woods, fields and meadows foster a unique sense of immersion (see cover), one that becomes tangible in Gut's vocal performance: As if she was circling an empty centre, as if she grew apart from her being only to rediscover herself, Gut sings about those ephemeral states between enchantment and reverie. At the same time, she is aware that beauty may be accompanied by emptiness and that even the most luscious garden may soon have to wither away. Far removed from hippiesque humanism, Gut's natural states are much closer in spirit to the cool knowledge of punk and its successors: Her cover portrait, splashed across the recent new edition of the punk/new wave oral history "Verschwende deine Jugend" (Waste your youth), explicitly references this rich prehistory.

Gut's music follows a similarly unrushed path; it is allowed to grow and ramify in its own time until it reaches the opulent abundance referenced in the haunting lyrics of the album's 12" outtake "Garten". With the sangfroid and serenity of three decades of active music experience, between completely ingenious and utter dilettante, Gut now ventures into a lavishly proliferating world of sounds and references. While the opener "Protecting My Wildlife" confronts us with jarring post techno minimalism, "Garten" soothes the ear with its charmingly shuffling electric romance. Soon enough, however, well-trodden paths are left behind: Gut's reworking of "Simply The Best" turns this hackneyed mega hit into a staggering love ballad; a streaky guitar adds further distortion. "How Can I Move" seems to hide a trace of Armand van Helden in the underbrush; "Mond" flirts with subtle Detroit techno allusions. The distinctly dark "Tiger", on the other hand, truly does sound like a veritable tiger leap into the past: Here, Gudrun Gut apparently digs below her own feet. Similarly free of nostalgia, "Erinnerung" looks back to the past with a string of words created in a lyrical back-and-forth ping-pong match between Gut and author Annika Reich; words that deal with ageing, among other things. We were all there at the time – but why do we all tell a different story? It is these biographical nuances that stand out when compared with Gut's last solo album "I Put A Record On" from 2007. All tracks were mixed together with Jörg Burger at two studios in the East and West.

Time and again, the album exudes a lascivious and demanding intimacy that comes into its own on the fantastic "Frei Sein". Here, the track turns a nursery rhyme's playful naivety into an idiosyncratic anthem with African-inspired rhythms and a clicking animist ambient sound. "Frei Sein", i. e. being free, is what Gudrun Gut is all about. To her, freedom goes far beyond the artistic realm. Like this album, it is the utmost promise "full of kisses" and "full of joy". With only the odd bee sting to bring us back down to earth. -
Aram Lintzel